Bill Gates  is the founder of Microsoft and the launcher of the “Windows” system. He started his life from scratch and began to show his interest in programming and computers at the age of thirteen, and he found support from his family …

Bill’s interest in computers increased more during his studies when the school brought the first computer with a data processor in 1968AD when he met his friend and partner, “Paul Allen”.

And in 1975 AD, “Bill Gates” Paul Allen founded a small company, and they called it (Micro-soft)

from here was a wonderful start for both!!

“Bill” and “Allen” designed the first program in BASIC language after fatigue that lasted for 8 consecutive weeks, and it was a transformation in the world of the personal computer (PC), also was the main inspiration for the founding of Microsoft.

The company started selling small programs to some companies … and then faced some challenges and passed through financial hardship, but soon Bill and Allen worked on solving them and contracting with large companies, where they got a profit of 50 thousand dollars…

Bill Gates was very hardworking and persevering to the fullest extent to be able to reach his goal.

His day was starting at four in the morning. Bill’s assistant said: When I went to the company, I was finding “Bill Gates” sleeping in his office!! 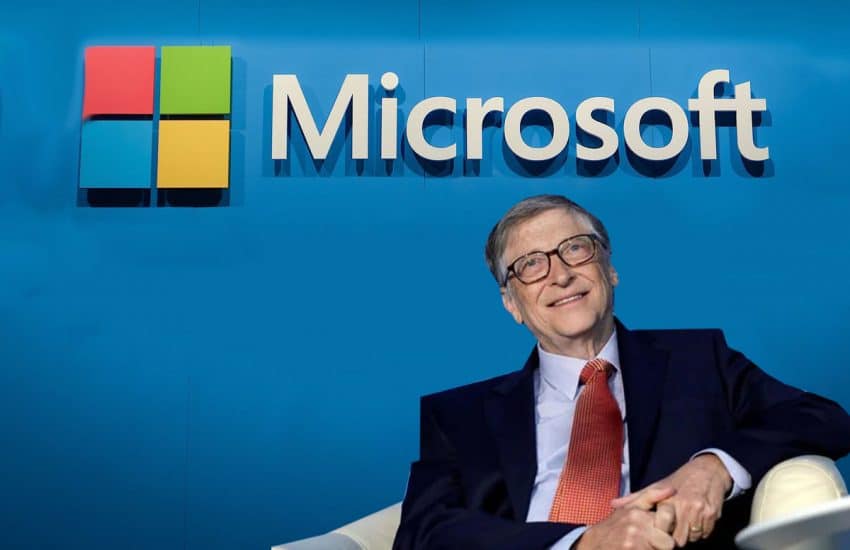 So, how did “Windows” launch? And how did it start?

Bill Gates launched Windows after two years of the challenge!!

The idea of Windows was a challenge for Bill Gates. He was a very genius in marketing!!

When he knowing about the launch of the competing program, “Visicorp”, which is used to operate computers, and that it is an easier program to use, “Bill” decided to launch an advertising campaign that includes that the new system on its way to launch and development, with a graphical interface called “Windows”.

Yes, it was an advertising trick!!, but it quickly achieved its goal, as more than 30% of the market prefer to waiting for the new Microsoft-developed system.

And here, Bill has achieved a goal from one of his quotes:

“If you can’t make it good, at least make it look good.”

And in the year 2000 AD, “Bill” stepped down from managing “Microsoft” affairs and got a higher position, and after a short time he submitted his final resignation from “Microsoft”.

“Bill Gates” is one of the most successful entrepreneurs and pioneers in programming around the world.

And he has many famous quotes:

“It is a good idea to celebrate with success, but it is more important to learn lessons from failure”

Microsoft is not a greedy company. But a company with creativity and integrity.

Be happy for what you have, and work to have what you want.

Share your opinion with us on the Shifters website, or suggest an idea for the next success story

Shifters always waiting for you